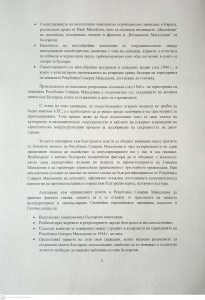 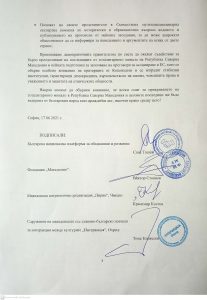 The undersigned organizations declare that:

Standing firmly behind the official Bulgarian policy which in the pre-accession negotiations never questioned the right of every individual citizen of the Republic of North Macedonia to declare their identity and their language, we want to draw attention to the fact that no in-depth analysis of the processes that took place on the territory of the Republic of North Macedonia from 1944 to the present day has been made, namely:

– the existence, after 1944, of illegal liberation organizations on the territory of today’s Republic of North Macedonia, as their members declared themselves Bulgarians and as such were persecuted;

– Numerous data on violations of the human rights of Macedonian Bulgarians from 1944 to the present, including documented repressions, lawsuits, etc., the latest examples being from 2021.

– The existence of a legal Macedonian liberation movement in the face of the Macedonian patriotic organizations in the USA and Canada, but they also operated in Australia, Argentina, Belgium, Brazil, New Zealand and others. Its representatives have handed out dozens of memoranda to the UN, the European Council and a number of governments. They met with presidents, prime ministers, congressional governors, scientists and others. As in this activity, they have always defended the Bulgarian identity of the majority of the population of today’s republic of North Macedonia.

– The existence of a semi-legal Macedonian liberation movement in Europe led directly by Ivan Mihailov as the newspapers “Macedonia” were published in English, Italian, German and French and “Independent Macedonia” in Bulgarian.

– The existence of numerous documents for cooperation between the Macedonian liberation movement and that of Slovenes, Croats and partly Albanians and Montenegrins against Serbo-communism as a common oppressor. In these documents, the majority of the population of today’s North Macedonia is explicitly mentioned as of Bulgarian origin.

– The existence of numerous materials in the Western media after 1944 in which it was stated that repressions were carried out against Bulgarians on the territory of today’s republic of North Macedonia, leading to genocide.

The implementation of the described repressive policy after 1944 on the territory of today’s Republic of North Macedonia was supported by the creation of the Iron Curtain to Bulgaria, which unfortunately has not been removed today.

In view of this, we declare that the existing open issues should not be brought into the European Union and need to be resolved before the start of accession negotiations. This process can be supported by boosting cultural and economic cooperation and, above all, accelerating the development of strategic infrastructure projects to improve the connectivity of the two countries.

For this purpose, we appeal to the Bulgarian authorities to pay attention to the facts of the recent past of the Republic of North Macedonia and by adopting a proactive approach to promote them at home and abroad. It is necessary for all Bulgarian political factors to unite by consensus around a politically impartial position on the issue of European integration of North Macedonia and to ensure managerial continuity in its implementation. The key conditions for lifting the veto should be the ratification by the Republic of North Macedonia of a document officially condemning the Yugoslav communist ideology of opposition and hatred towards people from Bulgaria.

We appeal to the official authorities in the Republic of North Macedonia to accept the facts as they are and to abandon the practice of their interpretation and manipulation. Respecting European principles, the authorities in Skopje should:

– rehabilitate the victims and repressed because of their Bulgarian identity;

– create a commission for reconciliation between the parties to the conflict in the territory of the Republic of North Macedonia from 1944 till this day and age;

– grant the rights of those citizens who despite repression have kept their Bulgarian identity respectively to be able to freely call their mother tongue Bulgarian.

– Impose on their representatives in the Joint Multidisciplinary Expert Commission on Historical and Educational Issues the conduct and publication of materials from its meetings in order to inform the public about the behavior and arguments of each of the two parties;

We invoke the democratic governments of the world to assist in rapidly overcoming the effects of the totalitarian past of the Republic of North Macedonia and its preparations for the opening of EU accession negotiations, paying particular attention to the Copenhagen criteria and building stable institutions guaranteeing the rule of law, human rights and respect and protection of ethnic communities.

We finally want to draw attention to the fact that any attempt to cover up the totalitarian past in the Republic of North Macedonia and its consequences will be perceived by the Bulgarian people as a hostile act directed against him.

Cultural and educational society for the Bulgarians in Albania and Kosovo “Ognishte”: Georgi Stamenov 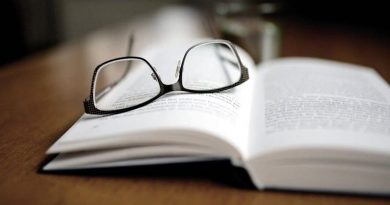 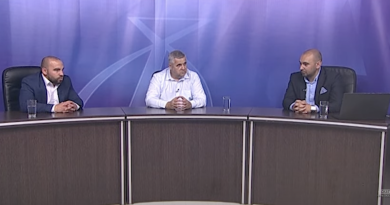